We are faced with monumental levels of corruption in Nigeria today.  In the armed-forces, the civil service, the judiciary, legislature, and even the private sector, corrupt practises are rife.  People that are remunerated to defend the interests of institutions and organisations turn around to undermine, and in some cases, destroy the very offices that granted them leverage and a livelihood.  In the Badeh case, one is amazed, and galled, at just how easily one person could corrupt and fleece the air force, and by extension Nigeria, of so much, and for so long! But he is just one among many others like Dasuki et al.

Some years ago, my family and I were driving past Hyde Park Corner in London.  Suddenly we spotted three outriders and a Jaguar approaching. As the small entourage sped past, we spotted the Prince of Wales (Charles Windsor) in the back seat of the Jaguar – and he waved at us!  We did not know they were due to pass by, neither did we notice their approach. But his security detail would have seen us, long before we saw the prince, and they would have made preparations for most outcomes of any encounter. Much more valuable than the limited armoury on the Jaguar and the small weapons of the outriders and escorts, was the information about the route and likely risks.  This informational vantage-point afforded the prince and his entourage the confidence to travel with a lightweight security detail.  Without it, they would need a battery. 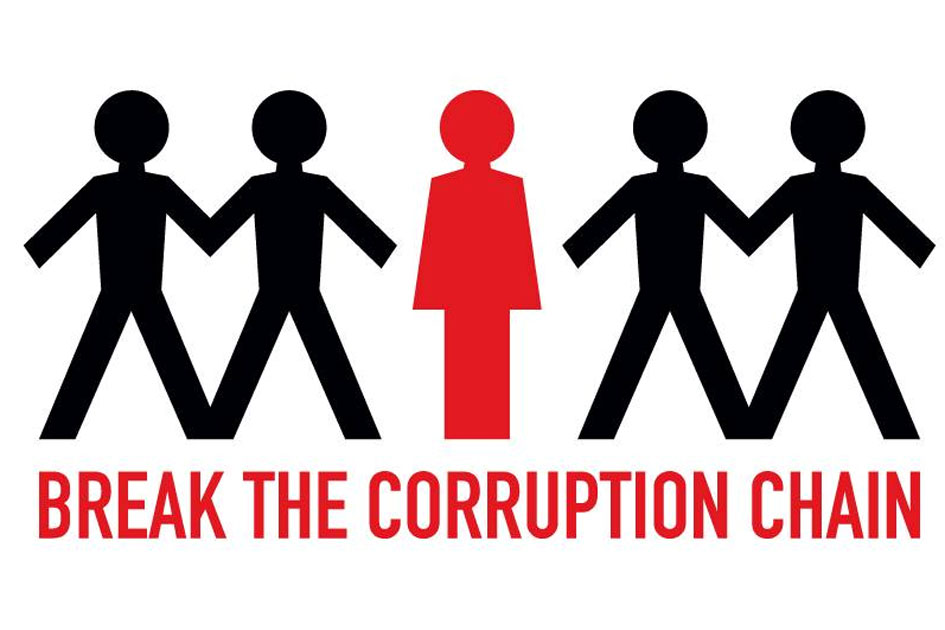 The Nigerian, the World

Now, one would be remiss to imagine that there is something egregious about the Nigerian psyche. Allow me to illustrate.  Sometime last year, residents of St Albans discovered a caveat in parking laws. They quickly took advantage of it, causing chaos in the city centre. The point here is that Nigerians are not any worse off than humans in other parts of the world.  The residents of this city, like other human beings, spotting a lacuna in law, enforcement, or justice, elevate personal interest over the public weal.  These folk acted, as Nigerians, or other humans would when authority is absent.  The focus here though is not on law, enforcement, or justice.  Rather it is the means whereby signals and constraints can be visibly availed to personal interest, and thereby to prevent and preempt a conflict with the greater good, and the law.

Let us take a look at information and how it is abused at the lowest levels of society.  Special focus is given to the public service, where much of the corrupt practises in Nigeria today is engineered.  In almost every institution of government, the citizen accesses services provided by an authority, physically and by submitting and/or receiving documents.  However, having initiated the dialogue by handing in said documents, both the citizen and the authority become disconnected from an intermediary, and often frustrating, process.  The citizen has to plead or pay corrupt officers to glean so much as an update on the current status of the process.  The authority, whether by omission or commission, remains unaware, and perhaps, justifiably aloof, to the process and the pending documents.  In the time that plays out, the citizen is frustrated and fleeced, and the perception of the authority suffers damage.

This does not have to be so!  Technology that can be deployed to short-circuit this routine hijacking of information by scurrilous middlemen.  In this case, something as simple as a document management system (DMS).  This allows for the electronic management of all documents passing through an institution or organisation.  Where properly implemented, this would free citizens from having to be physically present to interact with an authority.  The system provides continued visibility for citizens and the authority, after the document(s) have been submitted to the process.

One immediate side-effect should be increased activity.  Since a lot of time is saved from each transaction, there is opportunity to invest those savings in other transactions with government or an organisation. An astute government could also proviso access on availability of tax identification for validation. The auditing function within the institution could thereafter leverage historical records.  The performance of systems, as well as those responsible for delivering services can be analysed to gauge the perception, accessibility.

Beyond technology though, is motivation and goal.  It would be credulous to read this and immediately jump out to hire a technology firm to advise and implement.  Equally unwise would be to buy some DMS software and do-it-yourself.  If those advising and/or implementing the solution have divergent motivations, or their objectives do not match those of the leadership, even a noble initiative such as this will fail. That would be a tragedy.  Leadership that desires to see better service delivery, must entrust the introduction of enabling technology to partners that share same motivation.

Having chosen like-minded partners who, for whatever reasons, share the vision of the institution or organisation, there will still be work to do, during and after the implementation.  Technology by itself is not enough, it must be evolved, and audited from time to time to ensure that it is still functional and satisfactory. Medieval castles of were not sufficient to keep out invaders or keep prisoners in.  Likewise, information management systems will be subject to assault from those that have lost revenue due to its introduction, or those that stand to gain from its demise.  That should never be a disincentive though.

If institutions such as the CIA, KGB, Mossad, and organisations such as Microsoft, Google, EBay, Apple, etc are still standing today despite the attacks that they face daily, any institution or organisation should have hope.  Attackers usually measure the assault to fit the calibre of the target.  As long as those with the vision invest a little more time, effort and resource than those seeking to undermine the system, all should be well.

To ensure that the new technology is accommodated, changes may be required to legislation, rules, or code of conduct.  The case of card readers and the 2015 general elections is a lesson to all.  When we dare to fight corruption, the corrupt fight back. Beyond fighting corruption though these changes offer other benefits.  The flip-side of this brass coin is pure gold.  Information may be power but information can also be very valuable!  But that is a story for another day.  We should take control of the information that drives our public services to reduce corrupt practises, improve our services, and perhaps generate some revenue along the way.

The problems of our present conundrum are not intractable, we however need imagination, resilience and more belief in our own selves to solve our own problems.  Together we can.
May God bless Nigeria; amen.
Viva New Nigeria!

Mr Oyewole is a social and political commentator, blogger. He is a technology consultant with significant experience in the UK security sector. He has participated in key IT initiatives for the UK police and army.