You are here: Home › News › The Five-Year Rule

Challenging Indifference and Apathy
The picture below is of a fourteen (14) year old car. Now, to look at it, you may be hard pressed to tell. It has been well kept by a succession of owners and driven in a way that is consistent with the manufacturer’s guidelines of use, its performance is outstanding, and its reliability is far above average. I thank GOD that, to date, it has yet to fail me. For one to induct, from this example of a car, that all decade old cars remain in good condition and maintain above average performance and reliability, would be credulous in the extreme. There are horses for courses, and the rusk and the stable are just as important as the breed and the ancestry. A five (5) year old car is not necessarily in a better state of road-worthiness than a twenty (20) year old car. 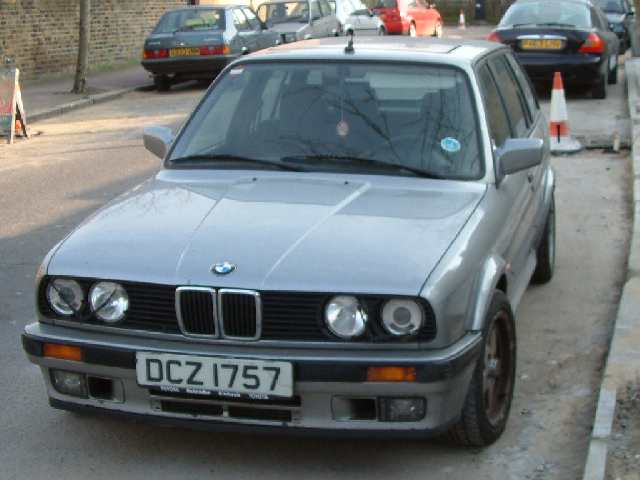 For this reason, governments the world over have recognised that there can be no age, within reason that a car, simply on account of its age, becomes unworthy for use on the public highways. It stands to good sense that a car bought 50 years ago, and kept almost exclusively within a garage, would be in almost mint condition, while a car bought two (2) years ago and run like rain water by a hyper-active travelling salesman may begin to masquerade the appearance of an eighty (80) year old motor. By going against the grain to impose this five year rule on the citizens of this great country, the members of the legislature would suggest to the population that they are either completely out of touch with the reality that faces most Nigerians today, or worse still, that they do not care either way what happens to the common man.

Immoral, Hypocritical, Unjust, Impracticable, and Counter-Productive
This legislation is immoral, hypocritical, unjust, impracticable, and counter-productive, and it should be repealed. There is no study that backs up any reasoning behind this legislation, there was no consultative process to weigh the opinions and interests of those to be affected. There was no site study, within a controlled zone to evaluate, first hand, its potential impact, and since it was first mooted, to when it was passed as law, till date, the opposition articulated by many to this parade of legislative impunity has failed to disabuse the minds of those who promulgated it.

An Immoral Law That Opposes GOD
A statistical analysis of real income figures for the country will show quite clearly that less than half of a percent of Nigerians can afford to buy a new car, and we are not alluding here to the BMW or Mercedes Benz. Most Nigerians cannot afford to cough up for a new Skoda, not even under duress. This is the sad truth that be-straddles our consciousness like an oppressive and perservering ague. If therefore legislation is passed to deprive ninety-nine (99%) percent of a populace the freedom of access to a necessity, those behind such a law must of necessity have a quarrel with GOD.

A Hypocritical Law That Is Imposed By A Few On The Many
Given the statistics just quoted, and the number of legislators who carried the vote, one can draw safely to the conclusion that this is a law imposed on the majority, by an imperious and hypocritical minority. Why ‘hypocritical’? Hypocritical is truly apt here in that the perpertrators of this antagonism would not submit willingly to any laws that would infringe their freedom, to indulge luxuries; to undermine the established instituition and authorities; to usurp the supremacy of the constitution; and to violate the word and the spirit of the law. If the same law had been passed by a military regime, these same people would be the most vociferous in condemning it from the sidelines. Moreso, the roads are over-run by old, decrepit, and dangerously unsafe vehicles that are many times worse than the 6 (6) year old cars that are being banned from import. Given that there is no viable local alternative to fill the demand for mobility, these fellows will have the populace commuting by foot.

An Unjust Law In That Its Brunt Rests On The Disadvantaged
This law penalises those who are already punished for their failure to be born to wealthy parents, and their inability or reluctance to join the limited ranks of rogues and thieves who hold sway in the country today. It punishes those who, by hard work and persistence carry the weight of the bridge between public service and private enterprise, in providing facility to citizens seeking to function in a quasi post-traditional society. They are the ones who seek to walk where the government has feared to tread, and this law would punish them for it.

An Impracticable Law In That It Is Largely Un-enforceable
There was a man who feared neither man nor regarded the devil; but what about the practicalities of dining with gods when you have neither wings nor broomstick? Supposing that we were to damn the people and disdain eternal judgement; does this country have the means to enforce this law, of harder still, the will to do so. Is this not a boon and a bonanza to the Customs officials and the port administrators, the police, and the thousands of middle-men, criminals, and under-world operatives, in and out of government, who will now begin to feast where the government has chosen to fast? The police most certainly do not have the manpower and equipment to enforce this law, and their unpaid, demoralised personnel certainly do not have the desire nor the option to ignore a livelihood – emphasis here on livel(y) – in the pursuit of principle and order. So where does this leave us?

A Counter Productive Law That Works against Economic Progress
Yet for all this, would the desperate and the hard-bearing press on with a couter-intuitive law? However, the fingers on this one do not square up, neither for the desperado seeking a quick fix to the woeful state of road-going vehicles – better to MOT them – or for that matter, the principled and infexible soul, seeking to regulate the influx of dangerous-machinery-pretending-to-be-car. Still better to inspect new cars on arrival, and require a post arrival MOT. In the absence of a public – meaning government backed – transport system that works, citizens should (must) be given the right to choose how they get to and fro within metropolis, and they may choose not to walk. This law seeks to demobilise the nation by obreption, and so bring the economy, which is already labouring, to a resounding stop.

This law is not right, it is not fair and it is not workable. The law makes criminals out of honest citizens, by forcing them into the hands of corrupt governemtn officials. Inevitably, the law will be broken several thousand times, and much as prohibition failed in the United States, so, eventually will this too. But it would be so much better if all the blood money that is bound to be made under the auspicies of this law were staunched now. The legislature can still move now to put an end to this contradiction of aspiration and justice, and give Nigerians some encouragement in an already over-bearing and oppressive environment.

Time is now to step forward and be counted.
Register Your Opinion Now